We asked for your feedback and you certainly delivered! Here’s some of what we heard:

What do you think? Should cover design for OER differ significantly from that of other publications? Or is it always supposed to do the same thing: attract eyeballs, represent (and differentiate) content, engage the imagination, and trigger action?

More generally, what is the ideal role of an open textbook cover? What does the cover need to do for the project, for the team, for adoption, and for use? What should OT covers look like, and why? 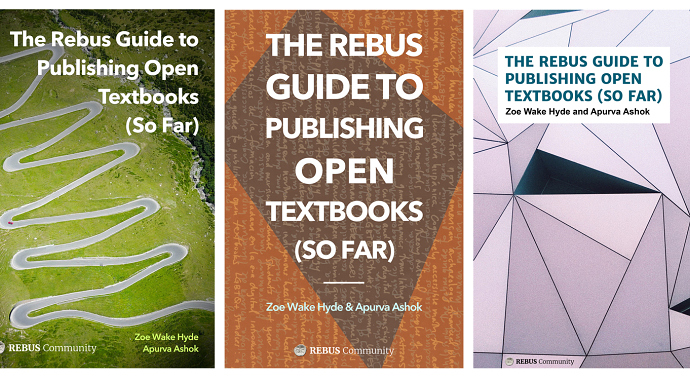